Recently, we could observe the weakening of tenge. How could you explain that?

The dynamics of the exchange rate of tenge reflects the current trends in the foreign and domestic markets. First of all, it is the fall in oil prices that started at the end of October. As we already mentioned, the cost of oil quotations fell down for several reasons - forecasts of excessive supply on the energy carriers market and the intention of the US President Biden s administration to sell the strategic oil stocks.

Subsequently, the situation has only worsened: fears of coordinated use of strategic oil reserves have increased. Yesterday, the US President instructed the Department of Energy to prepare to release 50 million barrels of oil from the strategic oil reserve to reduce fuel prices, including 32 million barrels that will be replenished in the future. The White House said that a number of other countries, including the United Kingdom, China, India, South Korea and Japan, will take a similar step along with the U.S. There is a new upsurge of COVID-19, which covers Europe and the United States. The whole world is watching as European countries are forced to introduce harsh restrictive measures.

Against this backdrop, the price of Brent crude oil reached a low of $77.58 per barrel. Before yesterday s significant correction, after reaching $86.4 per barrel on October 26, the price of oil was falling by up to 8.2 percent.

The U.S. dollar continues to strengthen globally against currencies of both developed and developing countries. According to experts, the election of the U.S. Federal Reserve Chairman J. Powell for a second term will support the trend of normalization and further tightening of monetary policy, which leads to the strengthening of the U.S. currency.

All of the above factors led to a weakening of currencies of developing countries, including the tenge. Since Friday last week, the Turkish lira weakened by 15.5 percent, the Mexican peso by 2.2 percent and the South African Rand by 1.4 percent. The Russian ruble lost more than 1.5 percent and weakened to 75 rubles per dollar against a background of the growing geopolitical uncertainty around Ukraine, the migration crisis in Belarus, as well as the escalation of the Karabakh conflict.

Overall, since the beginning of November, the index of currencies of developing countries has fallen by 3.8 percent, while the U.S. dollar index DXY against the currencies of developed countries has appreciated by 2.5 percent. Tenge has weakened by 0.4 percent since Friday of last week and by 1.2 percent since the beginning of November.

How do internal factors influence tenge?

Deterioration of the dynamics of fundamental external factors led to an increased demand for foreign currency from both legal entities and the population. In addition, the end of the calendar year is traditionally characterized by an increase in demand for currency in connection with the use of budgets and execution of contracts.

Given Russia s share in total imports, the weakening of the Russian ruble had a negative impact on the tenge. Moreover, the worsening geopolitical background led to a more significant weakening of the ruble compared to other emerging market currencies and shifted the ruble-tenge parity from 6.0 to 5.8. This created additional pressure on the tenge in recent days.

And what can be a balancing factor in the current situation for the tenge?

It should be understood that in a volatile market, the current situation with the weakening of currencies of developing countries, including tenge, is temporary and is an adequate response to the negative external background. Thus, by the results of yesterday s closing the currencies of developing countries-exporters slightly strengthened against the background of rising oil prices.

The ongoing recovery of economic activity and growth in imports are objective factors affecting the demand for foreign exchange. The balancing factor that directly affects the volume of foreign exchange supply is the price of oil.

Many analysts believe that the oil market overreacted to the intentions of some countries to implement the strategic reserves of black gold and energy prices have fallen too much. The confirmation of this is yesterday s significant correction in the oil market on the news that the actual realization of the strategic oil reserves by the U.S. was less than the market expected.

Moreover, in response to pressure on oil quotations and potential use of strategic stocks by the countries, OPEC+ said it is ready to revise its plan to increase oil production, which will support the oil market and consequently the tenge. 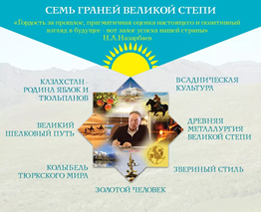